New Logic Research has continued to advance the possibilities of Membrane Technology by developing a new High Temperature Membrane Filtration System capable of up to 120ºC with special materials of construction.

Viscosity and Temperature are co-related. By definition, Viscosity is the measurement of the resistance to flow, in other words, the “thicker” a liquid is the slower is will flow. The resistance to flow is an important factor during membrane filtration and liquid solid separation. Higher temperature and reduced viscosity as a result will mean a higher rate of transport through a Polymeric Membrane surface. The membrane surface acts as hydraulic resistance to fluids and will reject various suspended solids, dissolved solids, or even ions. Reduced viscosity (a “thinner” fluid) helps to overcome the hydraulic resistance of the membrane and results in more throughput of liquid for the same amount of membrane area.

New Logic’s VSEP (Vibratory Shear Enhanced Process) employs the use of oscillating vibration which controls the effects of “diffusion polarization” that limits permeation of conventional crossflow membrane systems. Studies conducted by major Universities have shown that the VSEP is capable of 5-15 times the permeate flux per area when compared to conventional static crossflow membrane systems. The use of vibration to control membrane blinding by suspended solids has increased the numbers of possible applications of membrane filtration. Liquid-solid separations that previously unattainable using membrane technology are now made possible by VSEP.

According to New Logic’s Chief Operating Officer Greg Johnson, “VSEP already has a significant advantage when it comes to gallons produced per square foot per day due to the benefits of Vibratory Shear. Now, New Logic has made significant improvements in design which will add to the performance possibilities of VSEP”. Over the last year, New Logic has developed a “High Temperature” Filter Module design. Increased temperature means increased permeate flux. This is generally known and employed in the filtration industry, however, many membrane systems are limited in the temperature that can be utilized. After months of work in the engineering and materials of construction selection for its Filter Pack, New Logic has successfully tested several versions of its new High Temperature membrane technology. While most membrane systems are limited to about 60ºC, New Logic’s new High Temperature Filter Module is capable of temperatures as high as 120ºC, double the predominant temperature currently available.

The ability to increase temperature is significant in several ways. First, increased permeate flux means less equipment to do the same job. The competitive advantage here is a dramatic price reduction in terms of capital equipment costs. If heat is available, fewer VSEPs are now needed to do the same job. Second, for applications where the process feed temperature is already very hot, no cooling of the liquids would be required. This will reduce the cost of the overall system and also improve membrane performance. Third, extremely viscous liquid-solid separations that are only possible at very high temperatures can now be done using membrane technology.

Greg Johnson suggests: “Just as VSEP made it possible for many high solids applications to use membrane technology for dewatering, now high viscosity applications can also benefit from precise membrane separations” New Logic’s new High Temperature product is now available and in production. Among the current applications using this new design is the filtration of used crankcase oil.

Greg Johnson is New Logic Research’s Chief Operating Officer, and has been involved in product evolution and design at the privately held membrane technology company since 1992. His background is in Mechanical and Chemical Engineering and received education at the University of California at Berkeley. 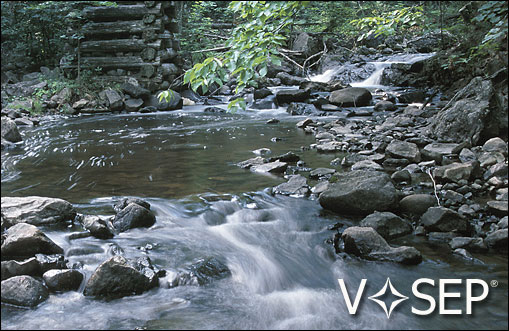