EMERYVILLE, CA—February 22, 2018—In the lush Southwestern highlands of Colombia sits the picturesque Cauca Valley. The verdant landscape is owed to its ample rainfall, which at nearly forty inches per year rivals that of Seattle. And in the town of Yotoco lies the Colomba El Guabal Landfill, which receives most of its 2,000 tons of solid waste per day from Cali, a city of 2.4 million people about thirty-five miles to the south. 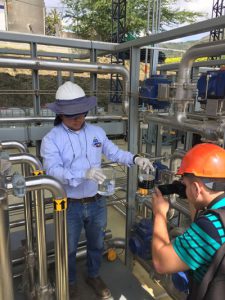 Managing a landfill in a bucolic setting with high rainfall is extremely challenging. Even with proper daily cover applied, the rain permeates active cells and percolates through the matrix, becoming concentrated with undesirable organic and inorganic components. This “garbage tea” is called landfill leachate, and it must be removed from the landfill at a rate greater than the rainfall to prevent the waste from floating up and washing away.

The trouble is, landfill leachate is exceedingly difficult to treat with standard methods, and in the Cauca Valley, the only discharge option is the already-threatened Cauca River. In order to discharge to the river, local environmental authority CVC requires the treated leachate to be near drinking water quality. 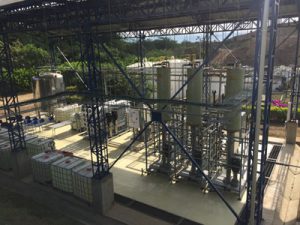 Landfill operator Interaseo del Valle collects all of the landfill’s leachate in a pond system with capacity in the millions of gallons. The company first attempted to treat the leachate with a multi-stage treatment process that included physical/chemical separation, anaerobic digestion, aerobic digestion, clarification, oxidation, and mixed media filtration. While the resulting water was far cleaner than the leachate, it did not satisfy the discharge requirements of the CVC.

Seeking better treatment outcomes, Interaseo contacted the Bogota-based EPC Hidrosuelos, who had solved similar challenges at other landfills in the area. Based on those successes, Hidrosuelos recommended a vibrating reverse osmosis membrane system called VSEP.

Designed and built in California by New Logic Research since 1987, VSEP has been deployed at several landfills in Latin America, where it is praised for its effectiveness and ease of operation. Rather than a multi-step process with elaborate pretreatment, the automated VSEP system is simply fed black colored landfill leachate directly from the ponds, and produces a clear permeate in a single step. Given the strength of the leachate, the VSEP permeate is passed through a second stage of spiral-wound reverse osmosis membranes to remove residual trace contaminants. This near-drinking-quality water has just 0.6% of the conductivity of the starting liquid, and meets all of the local regulations for discharge. The concentrated leachate goes back to the pond system where it is continually diluted with pure rainwater.

“The Yotoco project perfectly represents what we do” said New Logic Research CEO Greg Johnson. “When you have a highly concentrated waste stream and you need to turn it into clean water, that’s where VSEP really shines. I traveled to Yotoco and witnessed the area’s beauty with my own eyes, so I’m especially proud that we were able to achieve their sustainability goals with VSEP.” 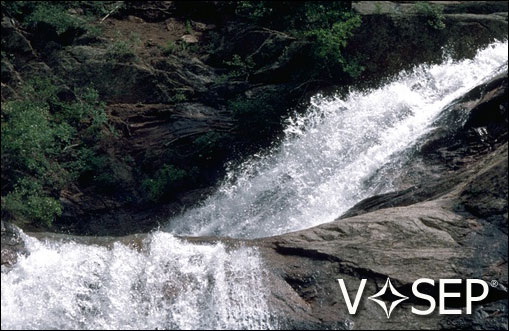