Although he is not drinking it yet, Dr. Jim Morris of Ridgetown College, university of Guelph is certain the clear liquid coming from a high tech extracting device is as close to pure water as possible. The water is one of the products coming from a Vibratory, Shearing Enhanced Processor (VSEP) which is being fed raw liquid swine manure at their pilot plant at the College.

The project holds great promise in light of the government’s clean water strategy resulting from the Walkerton tragedy and also with the pressure from local citizens on the expansion of the hog industry in East Chatham-Kent.

“I feel I am playing catch-up with this exciting technology,” said the affable Morris.

Exciting is one way to describe Morris’ efforts at getting pork producer community to think about possibilities for their resource that is right now threatening the environment and the ability for the industry to expand. “I can see this technology being used on individual farms to provide clean water for the livestock to drink and also be used to flush down the barns to reduce odours,” he said. If a VSEP unit was coupled to a anaerobic digester in a large scale operation, Morris could see a greenhouse being tied into the process whereby, the livestock operation could power and heat the greenhouse and the pig barns with electricity and steam coming from the methane fueled boiler, the crops could be fertilized with the concentrated nutrient product and the plants could be watered by the purified water.

Pork producer Gilbert Vanden Heuvel of Goderich was one excited producer the day the VSEP unit was under demonstration. He told AgriLink the swine manure issue is the priority issue for producers and he was impressed at the possibilities of the VSEP concept. “I need to do something if I am going to keep my hog enterprise viable,” he stated.

The VSEP unit was brought to Ridgetown for study by Don Goyette of Rondeau Anaerobic Inc. Morris will be testing the apparatus under numerous conditions and will have his assessment completed by the end of 2002. 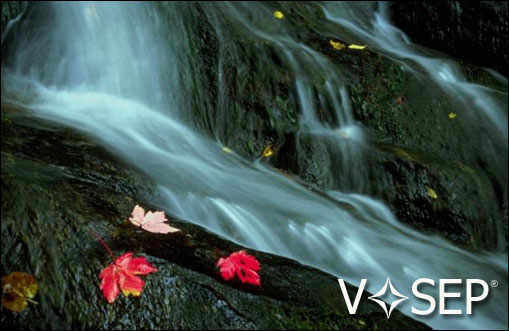